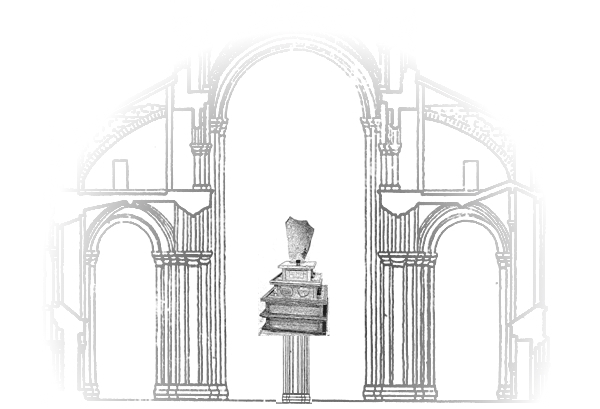 The Great Hall is where you will find the legends of stone skipping that have been inducted into The Mackinac Island Stone Skipping Hall of Fame.

Please enjoy your time in the Great Hall.

Stone Skipping legend Russ “Rock Bottom” Byars was the first competitor to be inducted into the Mackinac Island Stone Skipping Hall of Fame. A special induction ceremony held Saturday, September 23rd on the banks of the Allegheny River in Franklin, Pennsylvania. Shortly after, Russ succumbed to cancer on October 6, 2017.

Russ was the Guinness World Record Holder from 2007 to 2013 With 51 Skips. Since his first contest in 2003, Russ won 14 major tournaments. He is a six-time Franklin Rock in River Pennsylvania tournament winner and an eight-time Mackinac Island Stone Skipping & Gerplunking Club (MIS&GC) National Champion. From 2007 to 2012 Russ dominated nationally, winning the Little David Trophy an unprecedented six years straight. END_OF_DOCUMENT_TOKEN_TO_BE_REPLACED

Hotel Iroquois, has been a stalwart supporter of The Mackinac Island 4th of July Stone Skipping Contest since it was moved to Windermere Beach in 1971. Proprietor Sam McIntire provided banners and pennants that drew tremendous crowds. He also facilitated W. T. Rabe’s Beach-Front Patio Press Room complete with telephone land-line that was instrumental in spreading the news of the growing sport via WJR, WWJ and other radio stations across the country. Most importantly, Hotel Iroquois’ waiters and waitresses have been efficiently quenching the thirst of Stone Skipping volunteers for 45 years. Hotel Iroquois was inducted into the MISSHOF in 2017.

Ryba’s Fudge contributed to the lure and legend by making “Fudge” and “Stone Skipping” synonymous. In the early 1970s Harry Ryba suggested that the Little David Trophy should be accompanied by a year’s supply of fudge. The delectable award has lured many now famed professionals to the sport with the rallying cry “Will Skip for Fudge”, made famous by former world record holder Russ Byars. Ryba generously donated the edible award and offered delivery in two ways, lump-sum of 52 pounds or monthly distributions of four pounds each. His business savy techniques later trickled-down to financial institutions and retirement plan investments where lump-sum distributions have become common practice. Ryba’s Fudge was inducted into the MISSHOF in 2017.

The historic Grand Hotel, owned and operated by three generations of the Musser family, has supported Stone Skipping for almost half a century. In the early 1970s, the hotel began the tradition of hosting the Annual Awards Banquet the evening before the 4th of July contest. Revered hotelier R.D. Musser, Jr. also underwrote the Winter Rules Committee Meeting held at The Detroit Press Club on the day after Thanksgiving for many years. In those early years, effective press exposure was key to the growing popularity of the sport. Grand Hotel was inducted into the MISSHOF in 2017.

Bud Cooper was the first official to be inducted into the Hall of Fame. Bud was a Mackinac Island Stone Skipping Judge from 1984 to 1990 and Judge ad auxilium vocatus from 1990 to 1992. As Lake Superior State University’s Athletic Director for 26 years, “Bud” increased the rigor and legitimacy of Stone Skipping as a sport. Under his watchful eye Stone Skipping earned a stellar reputation as a “clean” sport, above the scandals that have plagued other major sports in America. Bud Cooper was inducted into the Hall of Fame in 2013.

Since the founding of the Mackinac Island Stone Skipping Hall of Fame, the Tellefson Rock has been symbolic of the pinnacle of stone skipping. The base of the trophy is hand crafted from lumber harvested from a 35 foot white pine felled with a double-bit axe wielded by the great Commander E. M. Tellefson himself. The trophy is crowned with a rock excavated from the famed Point aux Pins on Mackinac Island Michigan.

END_OF_DOCUMENT_TOKEN_TO_BE_REPLACED

Commander E. M. Tellefson was known as the “The grand old man of stone skipping” and was a legendary ambassador of the sport. His 17-skip stone at Point Aux Pins in 1932 stood unchallenged for 25 years and was the inspiration for the founding of the Mackinac Island Stone Skipping and Gerplunking Club in 1969. The commander opened the Mackinac Island 4th of July Stone Skipping Open Tournament annually with his traditional and now famous cry: “Let he who is without Frisbee cast the first stone.” The Commander was an inaugural inductee into the Hall of Fame in 2011.

Wilmer (Bill) Taylor Rabe was the father of stone skipping competition in North America. Bill Rabe founded the Mackinac Island Stone Skipping and Gerplunking Club (MISS&GC) with the inaugural Mackinac Island 4th of July Stone Skipping Contest in 1969. He continued to be the tournament director and for the next 23 years, until his death, endlessly promoted Mackinac Island and Stone Skipping nationally and internationally through broadcast and print media. Bill published The Boulder, the avant guard journal of stone skipping. He established and presided over the MISS&GC Winter Rules Committee Meeting. Bill was an inaugural inductee into the Hall of Fame in 2011.

Learn more about the Tellefson Rock